The "Dog Tested. Dog Approved" ad campaign is back 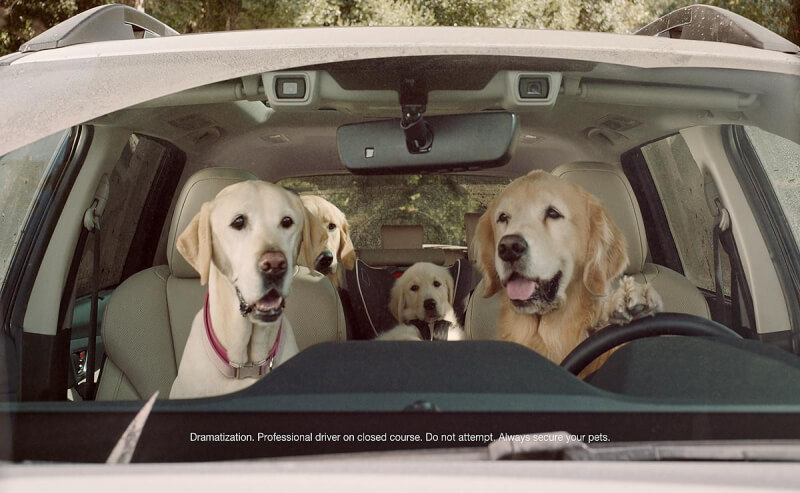 The 30-second commercials, titled "Driving Lesson," "Drop Off," "Car Wash" and "Drive Away," feature the Barkleys providing humorous spins on situations in which families find themselves. In "Driving Lesson," one of the puppies gets distracted by noisy geese and ends up backing into a mailbox post and knocking it over. In "Drop Off," the parents part ways with their child on the puppy's first day of school. After a quick pep talk, the nervous puppy walks away and looks back at its parents melodramatically, as one of the parents whines and whimpers in despair.

Brian Cavallucci, national advertising manager for Subaru of America, claims consumers love the fact that they're not overselling them. They love the fact that they're really kind of putting dogs in people situations driving their cars. He also says that it's more of a entertaining way at connecting with consumers. Subaru will join with BuzzFeed and Funny or Die to create content that will underpin #MakeADogsDay later in the campaign. Subaru says the content will include short-form videos created for social platforms to engage with an audience that has an affinity toward pets.