Wall Street is fretting that the U.S. auto industry is heading for a downturn, but for thousands of workers at General Motors factories in the United States, the hard times are already here. Matt Streb, 36, was one of 1,200 workers laid off on Jan. 20 – inauguration day for President Donald Trump – when GM canceled the third shift at its Lordstown small-car factory here. Sales of the Chevrolet Cruze sedan, the only vehicle the plant makes, have nosedived as U.S. consumers switch to crossovers, SUVs and pickup trucks. Streb is looking for another job, but employers are wary because they assume he will quit whenever GM calls him back.

Layoffs at Lordstown and other auto plants point to a broader challenge for the economy in Midwestern manufacturing states and for the Trump administration. The U.S. auto industry's boom from 2010 through last year was a major driver for manufacturing job creation. The fading of that boom threatens prospects for U.S. industrial output and job creation that were central to President Trump's victory in Ohio and other manufacturing states. Last week the Federal Reserve said U.S. factory output fell 0.4 percent in May, the second decline in three months, due partly to a 2-percent drop in motor vehicles and parts production. 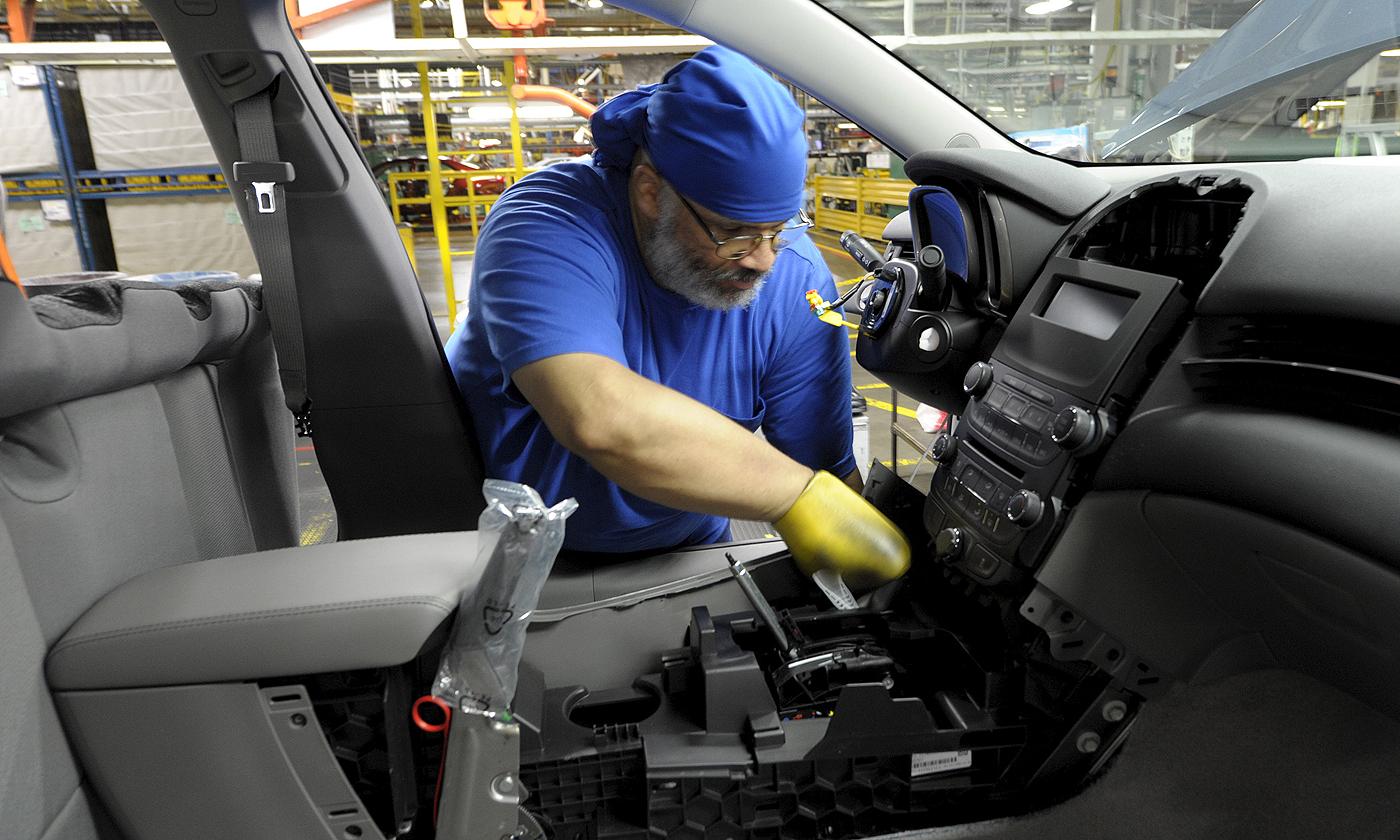 Mark Muro, a senior fellow at the Brookings Institution, has compiled data from government sources that show the auto industry punching higher than its weight in job creation in recent years – accounting for between 60 percent and 80 percent of all U.S. manufacturing jobs added in 2015 and 2016. In the first quarter of this year, the auto industry accounted for less than 2 percent of the 45,000 manufacturing jobs created. Muro claims that there's no argument with the idea that auto has been pulling the manufacturing sled up the mountain for the last three or four years: "If you take auto out, you’re left with a very tepid outlook indeed." Long-term auto layoffs could threaten the economies of communities and states directly affected, although after decades of boom and bust, many communities in the auto manufacturing heartland have diversified.