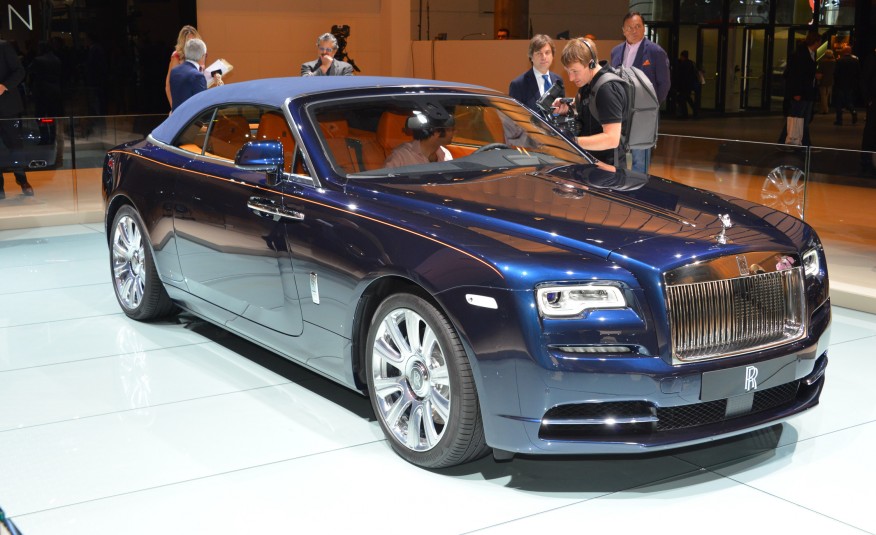 It is the sexiest Rolls-Royce ever built. As we already know, it is the most cool automaker in the world, who has no competitors in releasing new models. This week, England’s BMW-owned finest unveiled the Dawn, a drophead – Rolls doesn’t simply do “convertibles” – based on its Wraith coupe. But this isn’t some half-assed version of the coupe with its roof chopped off. No, this is the Dawn, a unique model deserving of its own nameplate, and as such deserves a little fanfare to break the ice. So if you’re in the market for a luxury car that offers the effortless blend of luxury, exclusivity and power, the Dawn is the car for you.

The Rolls-Royce Dawn is built on the same platform as the Wraith and Ghost sedan, which in itself is derived from the BMW 7 Series. The drophead gets its 6.6 liter V12 from the sedan, which makes 563 horsepower and 575 pound-feet of torque. No one, not even the most over-the-top supercar builders could get away with copy like this, but Rolls still refers to its products as “Motorcars,” and the incredible, unattainable luxury of its cars is the stuff that dreams are made of for over a century. Rolls-Royce keeps building dream machines like the Dawn and it makes our souls happier.