Advantages and Disadvantages of Selling your Car at an Auction 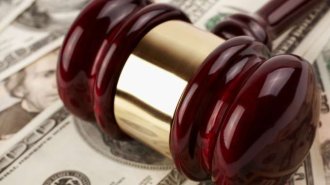 If selling your car in the local newspaper of leaving a sign in the window while parking your car near a major intersection is the best way to sell it, think again. Selling your car at an auction can put you in front of the people who are there to buy. Giving you direct contact with exactly the people you want.

While there are many things to do before you actually exhibit your car at an auction, one of the obvious things to do is clean up your automobile. Should your car have some defects, then you should remember that the auctioneer will only know as much about the car as you are prepared to tell. You will be asked to specify faults and defects, but you don't necessarily have to mention every tiny defect that isn't related to the car's safety and operational state. The coffee stains under the driver's seat or the tiny scratch by the petrol cap are really not things you should worry about when selling cars at auction.

Advantages of Selling Cars at Auction

The moment the gavel falls, your bidder is liable for the entire purchase price and must pay a 10% deposit straight away. The remainder is either due within 24 hours of the auction ending or straight after, with cash or bankers' draft being the accepted method of payment. You will get your money quickly, after the auctioneer's commission has been taken off.

You don't have to deal personally with the bidder and answer lots of questions about your vehicle - if you are not mechanically minded, selling your car to an enthusiast asking you about the internal workings of your car can be a nightmare. Selling your car at auction is a reliable process, while you might be sitting at home, waiting in vain for that elusive chap who called yesterday regarding your newspaper advertisement.

Selling cars at auction is particularly good for female car owners, who often have to deal with chauvinist attitudes displayed by male buyers. Potential male buyers often try to intimidate a woman selling her car by inventing potential faults for the vehicle or bombarding her with technical questions most male drivers wouldn't be able to answer correctly either.

Selling cars at auction also enables the seller to become a bidder on anything he or she would like to purchase as a replacement vehicle. Doing a part exchange at a dealership rarely works out to the seller's advantage. Once the car has been sold at auction and the seller knows how much he or she can spend on a new vehicle, there is no long wait to arrange for finance or chasing up dealers for details on affordable cars that have come into their showroom.

Disadvantages of Selling Cars at Auction

If bidding is slow on the day, your car may not sell for the reserve you have set. If the auctioneer enters your car into the next sale, the reserve price is likely to be displayed, which means the highest bid made is likely to be far lower than the price your car would have achieved at another auction house. With too many models of the same category on the day, there may not be enough bidders to go round.

prev article next article
Comments (1)
rockford
2016-10-06 01:41:50
Thank you for letting me know the benefits of selling a car at an auction. It was cool to learn that an auction can ensure that you get a good price for your car. I hope that this article can help me the next time we need to sell a car.
4