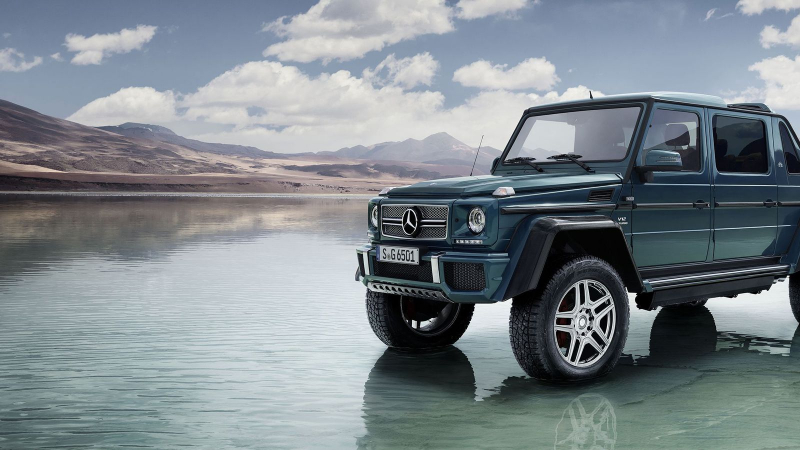 While we look forward to Detroit, Mercedes would have us look back through the history of the G-Class. A Mercedes microsite specifically invites us on a multimedia hit-list of nine of the top 10 moments in Gelandewagen history. Among those moments you'll find the 1979 original, whooping its way through all-terrain obstacles. There are the 1980 Popemobile and 1983 Paris-Dakar winner. There's the first AMG G55 from 1999 and its distant kin, the 2013 6x6. And there's the 2017 Mercedes-Maybach G 650 Landaulet, an impudent colossus even by G-Class standards. You can check out the 6x6 video below, head to the MB site to view the others. Beyond the clips, the site tells stories of G-Class owners who have driven their military-bred SUVs on global campaigns of martial length and severity. 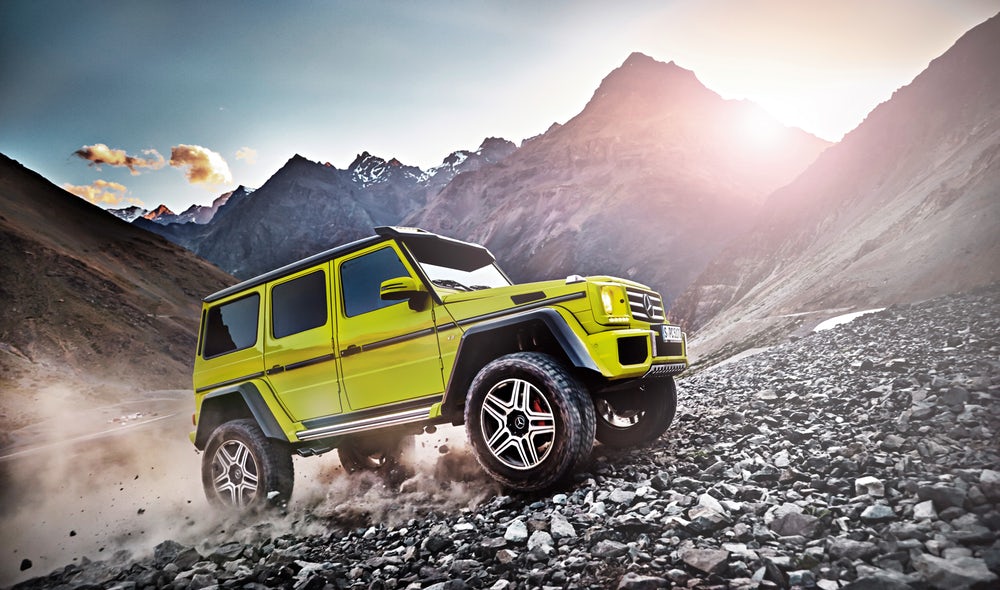 The microsite, however, omits a few notable historical markers. The G-Class came into being when the Shah of Iran, a Daimler investor, suggested the company build a 4x4. Mercedes didn't officially import the G to the U.S. until 2002, but gray-market trade in the 1980s minted money; Europa International could get $135,000 for a customized back-door import in the era when a Porsche 911 Turbo cost $68,000. Sixty-three national military forces use the G-Class, including the U.S. Marines, who replaced one of their Jeep models with a G 290 used as an Interim Fast Attack Vehicle. 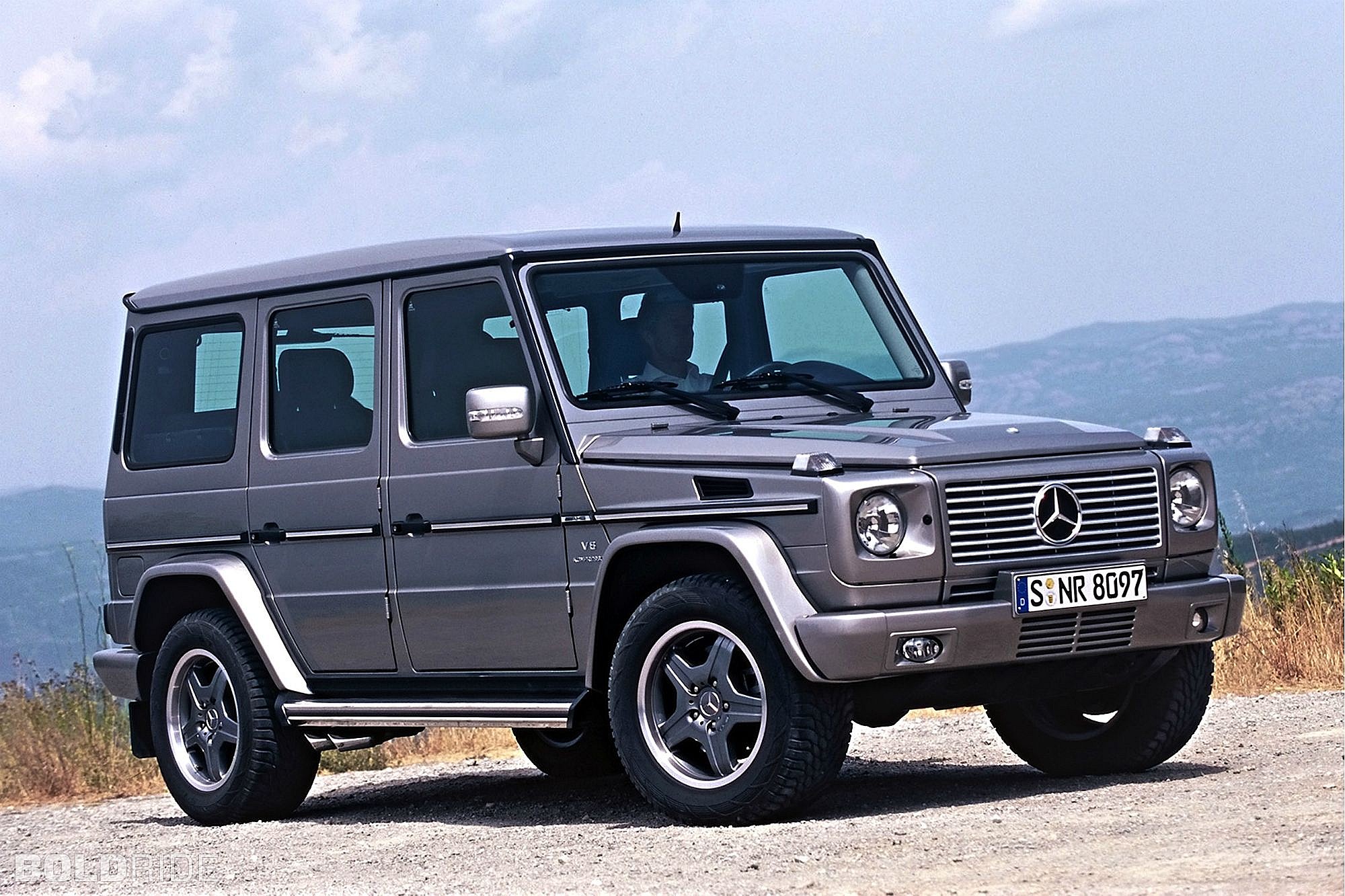 Mercedes has tried to kill the G-Class at least twice this millennium, once for the U.S. in 2005, and again for everyone before the 2013 model year, releasing special-edition models both times to celebrate the last hurrahs. International outcry stayed the guillotine, and now the G is so vital militarily that Mercedes had to promise NATO to build the G until 2025. What we'd really wished Mercedes explained, though, is where 1970s German car engineers got their style.