3 Reasons Why EV cars are popular in California, but not in US 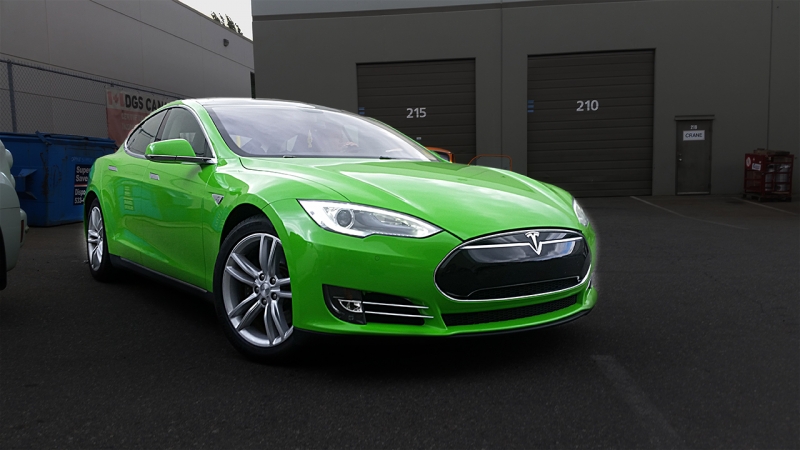 The International Council of Transportation has published recently a very interesting analysis of the California electric market. It provided a great overview of the effects of different policies and promotional activities in effect there through 2015, as well as lessons for other locations.

This analysis was based around city-level data on electric vehicles for 30 different cities, including adoption rates, public charging infrastructure availability, model availability, promotional efforts, incentives, etc. Electric vehicle adoption rates in many Californian cities are much higher than elsewhere in the country, and California as a whole is home to about half of all US EV sales. 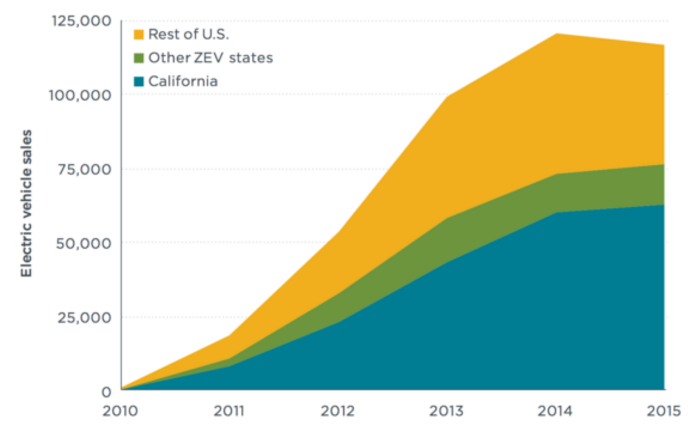 As a summary to these graphics shown, we can say that there are 30 California cities with from 6% to 18% electric vehicle share of new vehicle sales. The EV sales are up in San Jose to 4,000 cars approximately, and all of the cities tended to have about 20 electric vehicle models locally available over 2015. That's huge comparing to other U.S. cities. 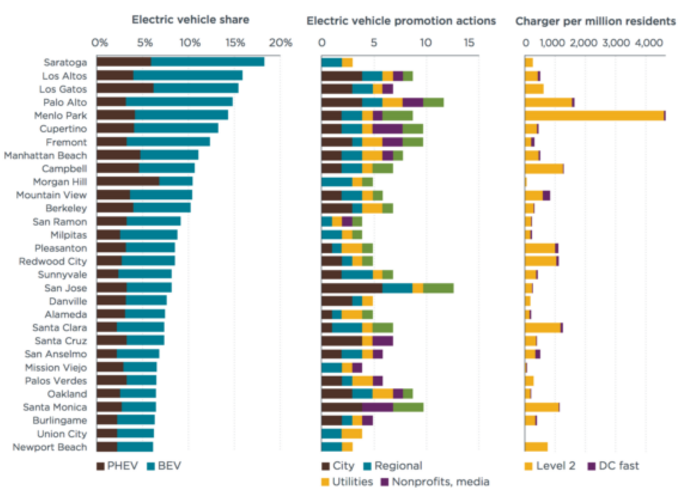 We have made 3 important conclusions from these analysis: