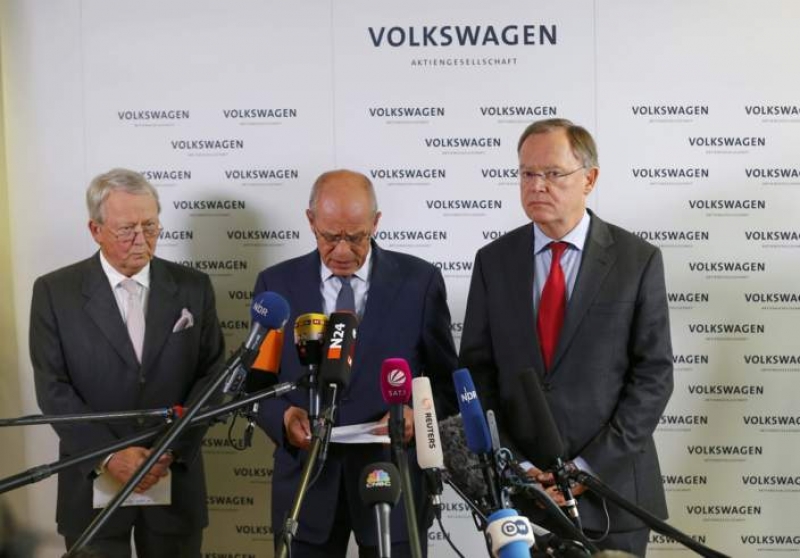 Volkswagen Group top executives, starting with Chairman Hans Dieter Poetsch, will have their 2015 bonus payments significantly cut as the automaker has a difficult period and counts the multi-billion-euro costs of its emissions-rigging scandal.

VW said the supervisory board and management agree that the company needs to send a signal on top management pay. Variable pay will have to be reduced and in this sense the management board, for example, has already accepted cuts of at least 30 percent in bonus payments. VW's supervisory board will decide on the bonus cuts at its April 22 meeting and the individual compensation components will be published in the company's annual report.

In order to cushion the financial hit from the scandal, VW has to cut all kind of executive bonuses. Even after all its problems, VW has one of the highest-paid executive ranks in the auto industry. In 2014, its nine-member management board earned a total of nearly 70 million euros, including 54 million euros in variable compensation. That was nearly double the 37 million euros Daimler paid its nine top executives, including bonuses for record earnings last year. BMW's nine management-board members made 35.5 million euros last year.